Previously, we reported that the upcoming OnePlus Nord Watch will feature a 1.78-inch AMOLED display with 500 nits of peak brightness. Now OnePlus has revealed more details regarding the smartwatch, including its health tracking features, battery life and more.

Scheduled to launch tomorrow (September 28, 2022), a microsite for the Nord Watch has been uploaded on the official Indian website of OnePlus which reveals most of the specs of the smartwatch. For the display, it is confirmed to sport a 1.78-inch or 45.2mm AMOLED panel with a resolution of 368 x 488 pixels (326ppi). 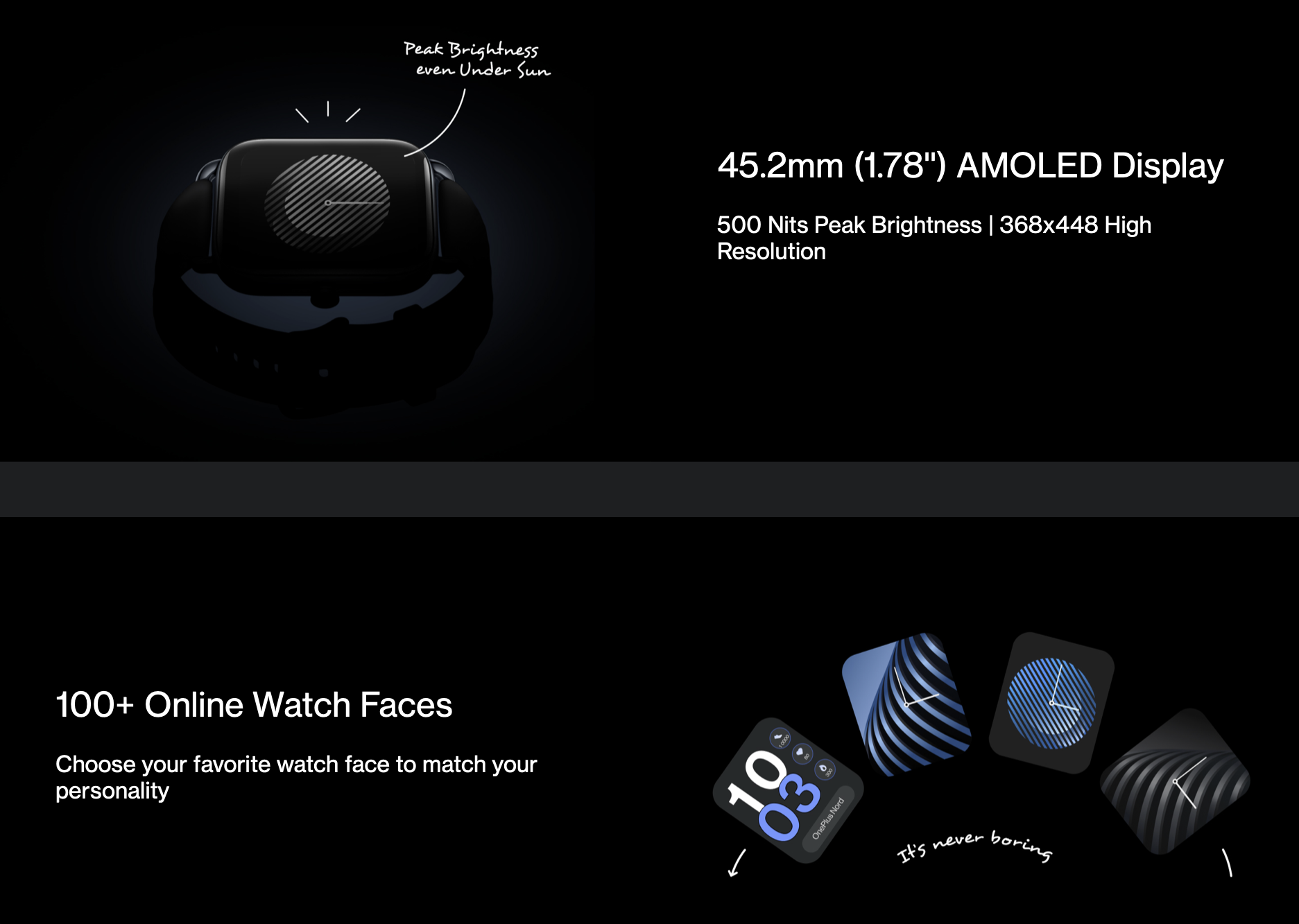 Additionally, the panel also supports a 60Hz refresh rate and has a peak brightness of 500 nits which OnePlus says can help with using the Nord Watch in direct sunlight. On top of that, the smartwatch is said to have up to 10 days of battery life and up to 30 days of standby time, although OnePlus hasn’t actually revealed the Nord Watch’s battery size.

In terms of health tracking, the wearable comes equipped with the usual sensors such as SPO2, heart rate and stress monitoring, as well as 105 different fitness modes. The microsite has also teased a new feature which is most likely related to chart-based female menstrual cycle tracking. 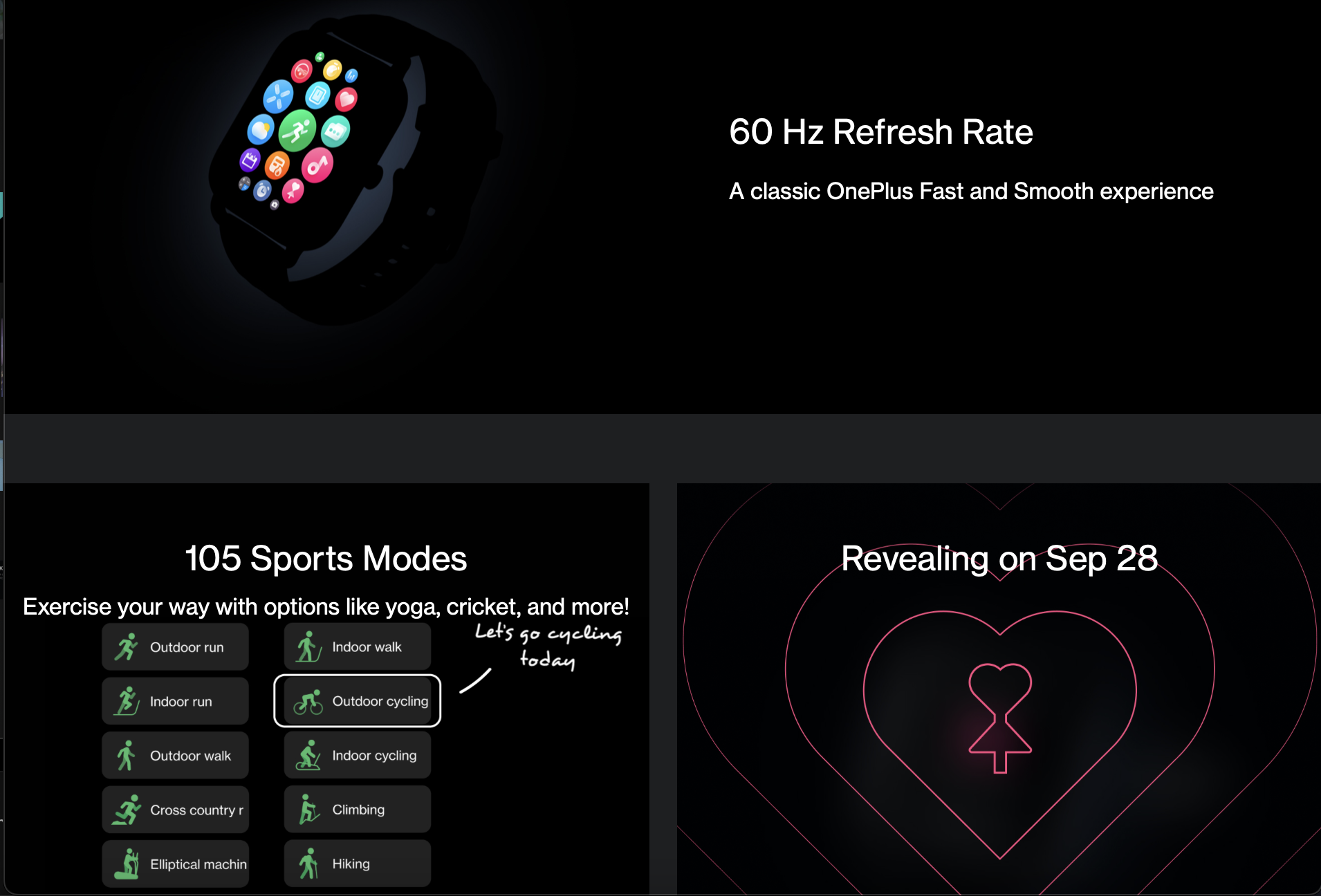 The smartwatch will also be connected to users’ smartphones using the OnePlus ‘N Health app. The app is available on Android as well as iOS and OnePlus has confirmed that over 100 online watch faces are available for the Nord Watch through the app. Additionally, the Nord Watch will connect to users’ smartphones via Bluetooth, with the wearable featuring Bluetooth 5.2.

All of the above are the confirmed specs for the Nord Watch at the moment, with the full feature list and pricing to be revealed by OnePlus tomorrow. Other expected features for the wearable include IP68 water and dust resistance, sleep tracking and sleep quality monitoring.

So, what do you think of the Nord Watch? Share your thoughts with us in the comments below and stay tuned to TechNave for the latest tech news like this!