4 must-have ways to use your money now 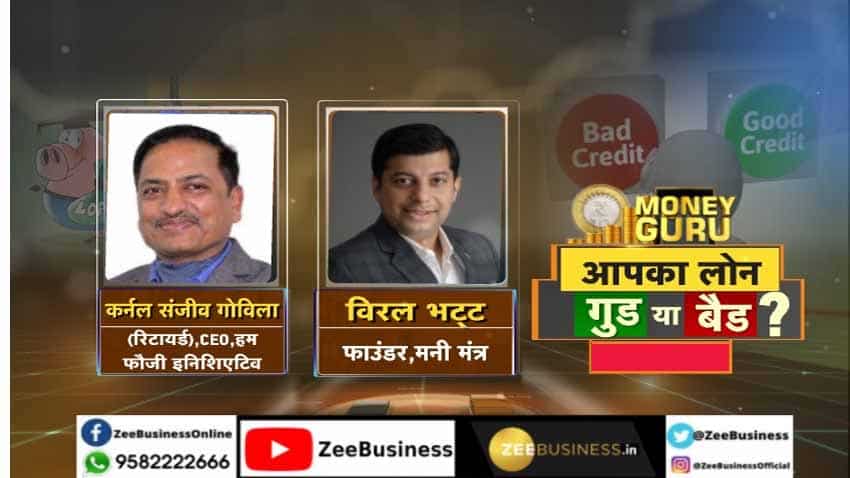 Money Guru: Is your loan GOOD or BAD? Experts decode

Larry Middleman wrote the original business plan for Portland, Oregon-based commercial services business group CUSO CU by hand on a piece of paper, front and back, while stuck in an airport during five o’clock in 2001. Now he’s preparing to retire from his role as CUSO President/CEO – which is still practicing some of the original business model concepts he noted during that long layover – but not before d enjoyed CUBG’s first in-person conferences since 2019.

In 20 years, Middleman has grown CUBG from that hand-written business plan to the industry’s largest business service, CUSO. Now owned by six credit unions, CUBG employs 75 people, manages more than $2.5 billion in commercial loans, hosts numerous educational events, and recently expanded into SBA lending through the acquisition of fellow CUSO. . He will retire at the end of September, just after CUSO completes its first post-pandemic in-person conferences in Portland and Memphis, Tennessee, and will be replaced by Justin Conrey, who has spent the past five years as CUBG. executive.

Middleman got his start in the financial services industry while attending college, when he took a job as a part-time cashier at a savings bank in Portland. Finding he performed well in the role, he took it on full-time while earning his degree in accounting, then went into public accounting for about five years.

While working as a CPA, Middleman said he began working with banks on audits and advisory projects, as well as with some credit unions. “It became very clear to me that I was much more attracted to credit unions, given my style and people skills, as well as the types of interactions I was looking for. It was just a different feeling,” he said.

For this Q&A session, CU Times caught up with Middleman just as CUBG’s Portland conference kicked off on August 8. Responses have been edited for length and clarity.

Intermediate: CUBG has just celebrated 20 years in business to date, and after 20 years of being in this industry, the growth of the business and all the work, travel and demands associated with it, there has come a time when I felt that time was my most precious Resource.

Another reason for my timing was that about a year and a half ago we acquired CUSO Member Business Lending, and I wanted to make sure it was well integrated. I also wanted to get back to in-person conferences, and I feel like now my job is done here to some extent and it’s time to have people [leading CUBG] who are young, energetic, perhaps more up to date with the latest technology and willing to travel.

CPU Hours: What’s it like meeting up with all of your colleagues in person knowing that these are also your last conferences as CEO of CUBG?

Intermediate: He feels good. We just had our members only lunch [for CUBG member credit unions], which is what we traditionally do to start the conference, and I was going to say a few words at the beginning of lunch. The noise level was so high in the hall that it took me a few tries to get people to stop talking and listen, which I think speaks to the success of our conference. It means people are engaged, talking to colleagues and sharing information. So it’s a great way for me to have a last hurray here and see people I’ve developed many close relationships with over 20+ years.

CPU Hours: What were some of the early challenges in starting CUBG?

Intermediate: Like any new business, you need to attract customers, generate revenue, and deliver a product that people want. I had the benefit of being the CFO of Northwest Corporate, and through the board and corporate committees I had an audience of about 20 Northwest executives who not only wondered if they should invest in the business, but were interested in it themselves. . So I had about 10-20 customers sitting right in front of me before it even opened, and that gave us a nice head start. The business model caught on pretty well in terms of other credit unions from other states showing interest, so the challenge quickly became how to handle all the demand for our services, hire the right people and put all policies, processes and systems in place. place while we were building it.

CPU Hours: What accomplishments are you most proud of over the past 20 years as CEO of CUBG?

Intermediate: Taking that original business plan and literally going from nothing to what we have today is a great achievement – building it, growing it, being able to handle that growth, continuing to deliver quality service and quality analysis commercial underwriting agreements, and be consistent with it over the years.

Another thing is that being a solid and stable influence for the industry has been very rewarding. And it’s so rewarding to have provided the economy and the environment for our employees to have gainful employment, buy cars and homes, raise families and advance in their careers.

CPU Hours: What has been the toughest economic time in the past 20 years for the credit unions that CUBG serves, and how has CUBG stepped up to help them weather it?

Intermediate: The most difficult period was the Great Recession from 2008 to 2012, as the credit union industry at the time did not have the depth of experience [that they have now with commercial lending]. Everyone was focused on origination deals, but when the loans started to deteriorate, the credit unions needed a particular level of expertise. We saw a lot of downturn because the credit unions curtailed their programs, and it was a turbulent economic time for everyone. But we’ve done very well, helping credit unions with loan restructuring strategies, changing our focus, and providing a lot of education. And from CUBG’s perspective, we’ve been able to stay profitable during that time, which I think is a testament to our flexibility.

CPU Hours: How would you describe your leadership style and what have you learned about being a better leader?

Intermediate: I was told early on when I was in management training programs that I had a calm confidence and a pleasant demeanor, so I embraced that and it served well. I try not to sweat the small stuff. I think one of the most important things I’ve learned and continue to perfect over time is just to listen. Sometimes when you get into a leadership position, you may think you’re the best, and you may ask for feedback but not really listen. I value other people’s opinions and encourage them to tell me what they really think, even if they strongly disagree. So not just hearing the words, but letting them sink in and determining if I should use this information to change course.

Intermediate: There was definitely some slowing down, I would call it a loosening of the accelerator pedal.

But people who own businesses or invest in commercial real estate still see real value in real estate. The cost has gone up because interest rates have gone up, but that hasn’t derailed the plans. Unfortunately, it’s kind of a classic inflation situation – if my cost of borrowing goes up, I have to increase the cost to the tenants of my building.

There are certainly things to be done with caution rather than full speed right now. In the first half of this year, however, we set records for underwriting volumes and new deals coming in – not deal refinances, but brand new deals because rates were going up.

And especially with the shortage of personnel that prevails, [some credit unions have said], you know, we’re struggling to keep staff and hire people, so let’s slow down a bit. And I don’t see that as a bad thing, because we haven’t seen the losses that we anticipated with the pandemic. You have to go at different speeds at different times in the business cycle.

How to get a good interest rate for a personal loan

Interest rates are on the rise as the Federal Reserve tries to fight record inflation. …