Update on the maritime market: the postponement of Nord Stream 2 weighs on gas prices

Pia Miller November 29, 2021 Nord Comments Off on Update on the maritime market: the postponement of Nord Stream 2 weighs on gas prices 5 Views

Risavika LNG index at 94.02 EUR / MWh and up 4.3% week after week. European gas prices were on the rise following the delay of the Nord Stream 2 pipeline. Last week, the German energy regulator temporarily halted the certification process for the new pipeline that will bring Russian gas to Europe. The regulator said certification was temporarily halted because under German law the Swiss-based consortium behind Nord Stream 2 had to first form a German subsidiary to obtain an operating license. According to Reuters, the suspension could delay the commissioning of the infrastructure until next March.

Prices for petroleum products fell further after the fourth consecutive week of decline in benchmarks for crude. The price of fuel oil 3.5 (FO 3.5) fell by 2.2% to 414.60 USD / t, low sulfur fuel oil (MFO 0.5) fell by 2.9% to 539 , 74 USD / t and marine diesel (MGO 0.1) fell 1.8% to 656.08 USD / t in two weeks. The combination of factors such as new European lockdowns, a potential release of the Strategic Oil Reserve (SPR) in the United States and elsewhere, and the economic slowdown in China are weighing on oil prices. 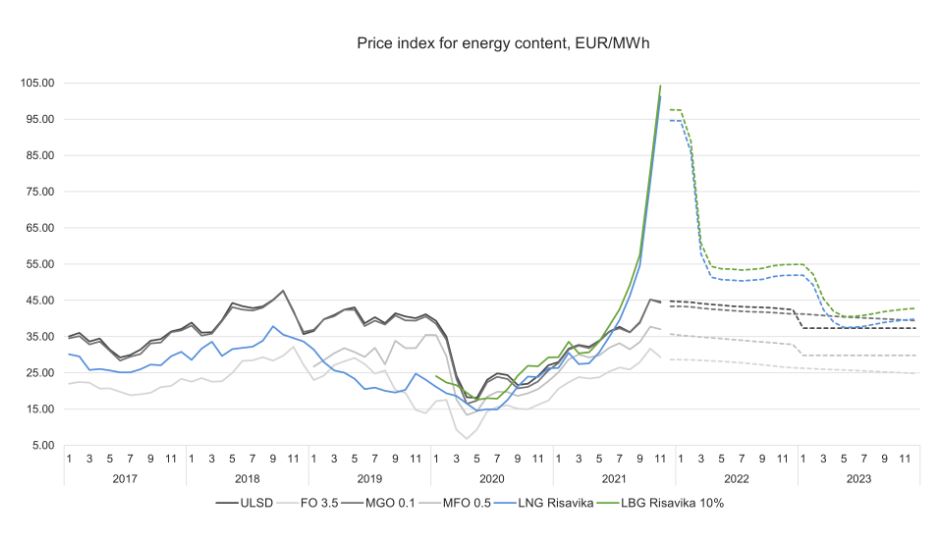 * An estimate for LNG FOB Risavika

** An estimate for 10% of LBG FOB Risavika mixture
Source: Gasum

Previous Banks write off Rs 46,000 crore in bad debts in the first half of 2021-2022: The Tribune India
Next Oakland woman is heartbroken after French bulldog is stolen at gunpoint

Lorain’s North Center has announced that it will receive $5,000 through the Meijer Team Gives …