Why people hate their government

Pia Miller March 22, 2021 Finance Comments Off on Why people hate their government 2 Views

I was in a security line, waiting to catch a flight from Karachi, Pakistan. A tall security guard pulled me out of the line to search me personally. In my face he asked me ‘are you American? When I nodded “yes” he sneered and said “we don’t like Americans”.

I told him I didn’t believe him. He asked me suspiciously what I meant. I said, “I think you really like Americans. And you love our music, our fashion and our technology. And our establishments. And you really like our education system and our freedoms. You just hate our government. He paused, then said, “Yeah, that’s exactly what I mean. I said “we don’t like our government very much either.” He paused and then said, “Well, we hate ours! “

While there is always a certain degree of corruption and bias in any government as well as a constant debate about what each should do with taxpayer dollars, the reality is quite different from the perception. Most people employed by governments are hardworking and dedicated. And they do thousands of things for citizens. Everything from inspecting food and guiding planes to and from airports, helping farmers get loans, protecting the environment and keeping the peace. But people never see these things. They are invisible.

What they see are the exceptions, the employees and the programs that end up in the news: the corrupt administrator who steals taxpayer money, the useless program that fills the pocket of a political contributor, the employee incompetent or skipped system repair.

This creates a one-sided perception. All people see is government evil.

This is the result of two factors. The first is the government’s inability to communicate well. The second is the news media’s belief in themselves.

We in the media consider it one of our fundamental obligations to speak the truth to power. This expression alone makes us look noble. We are “the fourth estate”. We seek out and expose the weaknesses of the government – the corrupt or inept public servant. The unnecessary program. We believe that exhibiting these things is part of our calling, part of our credo. “Crusaders for the truth”, if you will. Ideally, these kinds of stories are also good for evaluations. People love to see someone “stick” to the government.

This journalistic attitude about truth and honesty is, in fact, a service to society. What we find is often real and would not be corrected unless we highlight it. But it is also a disservice. Journalism has multiple missions. Another is to balance the coverage, to try to make sure that people see and hear both sides of an issue. There has never been a tightly balanced approach to government reporting. It is often just “political reporting”, which is not the same thing. Few “good news about government” articles get the coverage afforded to those focusing on the negative. This of course shapes people’s perceptions. It covers what little reporting is done on how systems work, what programs have changed or progressed, or even what departments are doing. This is a missed news media obligation, sadly magnified by social media with little interest in balance or precision.

This media gap is compounded by what can only be described as poor and outdated government communications efforts. All governments, except the smallest, have communication or public information services. The vast majority of what they communicate, however, are technocratic, overly sanitized press releases that fall on deaf ears. Not only are they not user friendly, they are barely readable. Here is the guideline from a recent press release from the US Fish & Wildlife Service:

“Washington DC – Today the US Fish and Wildlife Service (Service) proposes a rule that defines the scope of the Migratory Bird Treaty Act (MBTA) to provide regulatory certainty to the public, industries, states, tribes and to other stakeholders. “

It doesn’t exactly come out of the tongue, does it? I bet you have only a vague idea of ​​what this press release is about. There is simply no reason for a normal person to pay attention or read further. Like all government agencies, the US Fish & Wildlife Service has many constituencies. He aims for the safest and is often missed by everyone.

I chose the US Fish & Wildlife Service as an example because I used to teach a course in media management and crisis communication for the Service. I found people to be smart, dedicated and absolutely passionate about their work. If you met them, you would be happy if we paid them to take care of the environment. And they wanted to to tell people what they did and why it was important. Bureaucracy, however, prevented them from engaging this audience.

The US Fish and Wildlife Service is being sued. A lot. The public wants the environment to be protected as long as nothing has to change. The Service therefore has a constant eye on how lawyers will interpret every line it makes public. As a result, much of what he writes is unreadable by normal people. His press releases are like browsing a high school physics textbook. You know you should read it, but it’s awfully hard to pay attention to it. They write press releases for lawyers.

In addition to making press releases much easier for the public to understand, the Service should write a lot less and release a lot more video clips. It started to do that. If you check out YouTube, you will find some great examples of videos about the members of the US Fish & Wildlife Service and its mission. But it’s a very slow transition. He should make more visual stories that spectacle people what the problems are and what these employees are doing, not one every two months. In their case, this video would show ducks, bears, squirrels and salmon. Things that would automatically interest people. And the public could see their passion and the work paid off by taxes.

The key word here is “show”. This is why people hate their governments. Neither the media nor the public information services of the government spectacle enough people of what the government is doing. So they think it doesn’t matter.

What people actually see are old people, usually white people, talking about government: politicians. They demand the spotlight because they generally take credit for what these employees do to get re-elected. And since these employees work for these guys, they’re not going to argue. Problem is, politicians are mostly old, white talkers. They are not that interesting to watch. Thus, the public disconnects and still cannot “see” what the government is doing, even if it tries to tell them.

There was a good reason for this. The production and distribution of videos was difficult and expensive. It was much easier and cheaper to write a press release and send it to newspapers and to TV and radio stations who would then distribute it for them. Or call the media for a press conference (more old whites are talking). Filming and producing video stories previously required professional videographers and video editors, hundreds of thousands of dollars in equipment, extensive training, and a lot of time.

This can now be done with $ 50 of gear that fits in your pocket or purse, the cell phone already in it, and a bit of training. 12-year-olds know how to do it. There are other advantages to using a cell phone to shoot a video as well. Videos produced this way look a little less professional and not perfectly polished, so they also look more authentic, more honest. And they can be distributed easily and quickly on YouTube, Hulu, or Facebook.

Some colleagues and I are now working with a few county and government officials in the United States and Romania through a small grant to the University of Georgia. We have put together a small tech kit, a short training program and a support system to help them get started using video to talk to voters. We encourage them to do two things.

First, we would like them to film themselves to communicate with voters. They are used to talking to people in person which is good, but it can only work for small town politics. They could use social media, but they avoid it. Trolls misinterpret any statement and shout normal dialogue. But the video gives them additional tools: body language, inflection and intonation, which are much more difficult to misinterpret.

Second, we would like them to shoot short videos about government issues or systems as they arise, either by themselves or by government staff. Even the most basic functions are often overlooked: training security officials, manufacturing defense technologies, or how food inspectors do their jobs. Governments pay for all of these things. Voters rarely see them. A short video showing what inspectors are looking for on YouTube could be a very effective reference video for a discussion of the ministry’s budget. We do recommend, however, that someone else view the video before posting it – what we journalists call “a second set of eyes” to make sure it is factual.

It is too early to tell us if the governments and political leaders we work with will adopt what we believe to be a more effective means of communication or if it will have much effect. We know that hundreds of different interest groups are now trying to distort and distort what the government does. Communications couldn’t be worse. What we are looking for are clear government communications, voters making decisions based on real issues and real people.

We don’t expect the media to change their approach and show both the good and the bad of government. We hope we can change governments to communicate more effectively.

If we can show people what governments are doing, we think they won’t hate them as much.

David Hazinski is Emeritus Professor of Journalism at the University of Georgia, former correspondent for NBC News, and he owns a consulting firm that has helped launch 13 networks around the world, including the First Private Channel and 247 news channels. in India, Pakistan and Bangladesh. 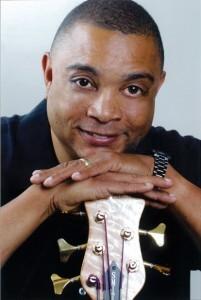